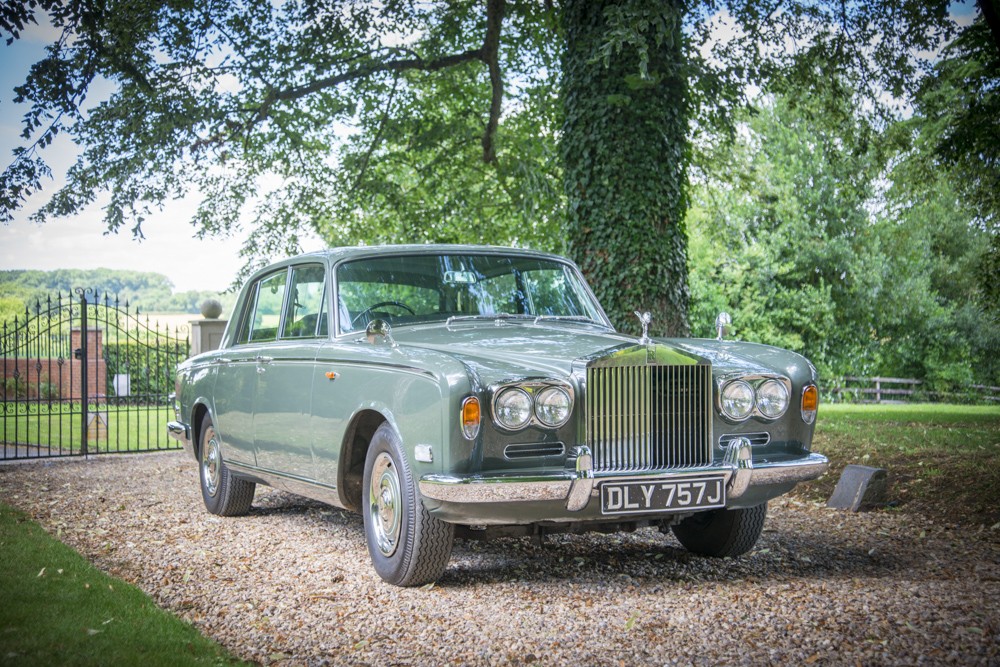 A brief guide to choosing your Silver Shadow, T Series or Corniche

In September 1965 Rolls-Royce Motors launched a range of new models, commonly referred to by their factory codename as the SY models.

The first cars were the four door standard steel saloon Rolls-Royce Silver Shadow and its stablemate, the mechanically identical Bentley T. They were soon followed by a two door fixed head and a drop head model, originally called the Silver Shadow Two Door, latterly called the Corniche from 1971. In 1977 the Series II models were introduced and the LWB Models were superseded by the Silver Wraith II. The last SY car was produced in June 1980.

The SY models were a departure from the previous separate chassis Silver Cloud/ S Type models as the company moved to monocoque construction, creating a more driver-focused car. During the fifteen years of production continuous improvements and modifications were made. The major ones included a power increase from the original 6.2 litre engine to 6.75 litres in 1970, compliant suspension in 1972, ventilated front brake discs in 1973, wider “flared” wheel arches in 1974, electronic ignition in 1975 and rack and pinion steering in 1977 for all Series II models. The Series I models were fitted with chrome bumpers, whilst the Series II models had rubber faced bumpers.

The first generation are often seen as the most desirable by discerning collectors whereas later models provide a more modern driving experience. Whichever model you choose, you need to be aware of the following common faults:

Corrosion issues commonly affect the lowest 6” of the steel bodywork – the sills, wheel arches, wings and front and rear valances as well as the seat that retains the rear spring and shock absorber. We offer a full range of replacement repair panels to address these issues. The four doors, bonnet and boot lid are aluminium so tend to only suffer from minor oxidation around the handles and badges. On the chrome bumper models the rear corner sections suffer with a water trap on the inner bracket causing them to corrode from the inside. Take care to check for bubbling where the bumper curves.

For the first time Rolls-Royce introduced a Citroen designed high pressure hydraulic system for the braking and suspension systems and, mechanically, these areas are the most complicated and expensive to fix. The hydraulic systems should be checked for correct operation by an experienced technician as they operate under very high pressure and are tasked with controlling the considerable weight of these cars. There are two hydraulic circuits each with a low pressure warning light on the dash which should go out immediately once the engine is started. It is not uncommon, however, for the bulbs to be removed by unscrupulous sellers! The pressure in the hydraulic systems is retained in nitrogen-filled accumulator spheres that are fitted to the side of the crankcase. Their pressure is built up from a pair of brake pumps which run directly off the camshaft and are mounted in the V on top of the engine. Make sure you lift the bonnet in order to identify the two pumps. If they are loud or knocking then this is an indication that they are being overworked and there is a potential low pressure issue somewhere in the system.

All SY models are fitted with disc (rotor) brakes all round, with a pair of twin piston calipers on each front wheel and single four pot calipers on each rear wheel. These provide efficient stopping power and the sophisticated rear self-levelling suspension ensures the smoothest of rides. It is very common for the ten rubber hoses (two per wheel and most importantly two below the brake pedal) to perish internally causing them to swell and block, leading to calipers locking on. It is important to check the condition of these hoses. The hydraulic systems run on RR363 fluid. It is advisable to check that the sight glasses in the reservoir are clear and that you can easily see the fluid levels in each system.

The majority of the electrical components were originally manufactured by Lucas. Parts such as window switches and motors, seat controls and central locking can give problems, primarily due to age, but new and reconditioned replacements are readily available and, in our opinion, relatively inexpensive. Rule of thumb – try every switch you can see to ensure correct operation!

Air conditioning became standard fitment from 1968 on all cars. When the system has been well maintained the Harrison A6 compressor provides very effective cooling. However, it is very common for leaks to occur leading to damage to some of the major components (principally the compressor and suction throttling valve). You will need to be aware that a system that is not working properly is liable to cost in excess of £1,000 to repair. Having said that all components are readily available and servicing and maintenance should be straightforward for a competent air conditioning technician.

Earlier models were fitted with a short stroke 6.2 litre engine with a longer stroke 6.75 litre engine introduced in 1970. Well maintained engines give very few problems. They do tend to leak some oil from the rear of the crankshaft as all models (apart from the very last Series II) were fitted with a thrower around the crankshaft which tend to allow oil to pass. The later models were fitted with a seal and this modification can be fitted to earlier models. With the bonnet lifted make a note to check for tapping from the hydraulic tappets. This is very common but they are relatively inexpensive to replace.

The first SY models were fitted with a 4 speed hydramatic gearbox similar to that fitted to the Silver Cloud models. These gearboxes can be expensive to repair so careful road testing is advised to ensure a smooth gear change. From 1968 the General Motors 3 speed automatic GM400 gearbox was fitted. These tended to be more reliable, smoother and less expensive to replace. Cars that have spent a long time standing tend to develop a leak from the front pump seal causing fluid to drip from the same area as the rear crank seal so do check for leaks between the rear of the engine and the gearbox bell housing.

Hopefully our brief guide has given you a good idea of what to look for when viewing a car. Please bear in mind that these cars like to be driven and do not appreciate being left to stand for long periods of time. Very often well-maintained higher mileage cars will give fewer problems than lower mileage less well-maintained examples. They are wonderful to drive and amazingly comfortable and will provide a motoring experience like no other, turning every journey into an occasion.

It may be an old cliché, but always take time to locate a good example and be prepared to pay a little more for the right car with a good history. We would always recommend getting any prospective purchase checked by a marque specialist – please see our list of recommended garages or check the RRBSA website.

The good news is that all parts are readily available and there is a wealth of information and support available.

Good luck and please feel free to contact us for further information or advice.