We offer both trade and club member discounts. All of our customers are allocated a unique customer reference. Once you have a reference and an agreed discount structure you can log into our website and your discounted prices will be displayed.

If you are an existing trade customer your discount structure should already be visible to you every time you log in to our website. Please contact us if this is not the case: sales@flyingspares.co.uk.

If you are a new trade customer please contact our credit control team to request trade status (andy.mirams@flyingspares.co.uk). Once the relevant paperwork has been received we will set up your discount structure so that it is visible every time you log into the website.

About the Rolls-Royce Enthusiasts' Club (RREC)

The Rolls-Royce Enthusiasts’ Club (RREC) caters for anyone with an interest in the motor car products of Rolls-Royce, including Bentley cars built from 1933 onwards. From just eleven people at the inaugural meeting in 1957, membership now stands at approaching 10,000 and the Club celebrated its fiftieth anniversary in style in 2007. Membership is open to owners and non-owners alike and members are drawn from all walks of life and from most countries of the world.

With a justifiable reputation for friendliness and informality, membership of the RREC enables like-minded enthusiasts to meet and share experiences, advice and the enjoyment of some of the finest vehicles in the world. To this end, there are 38 regional Sections, UK and Overseas, and ten Registers, catering for specific groups of models from Silver Ghost to Silver Shadow

Each member receives a fully illustrated bi-monthly ‘Bulletin’ magazine covering historical and technical articles, as well as all aspects of the Club’s activities, together with the monthly ‘Advertiser’ which offers a fine cross-section of cars for sale. There is also a wealth of informative material to be found on the “members only” area of this website, which incorporates a members’ discussion forum.

The Club enjoys a formal license from Rolls-Royce plc and also benefits from recognition by, and a close working relationship with, Rolls-Royce Motor Cars Limited and Bentley Motors Limited.

Annual membership of the RREC represents remarkable value. Membership is open to owners and non-owners alike; the only qualification is having an enthusiasm for the works of Sir Henry Royce and his distinguished colleagues and successors who created the Best Car in the World. For details of rates and how to join click here. 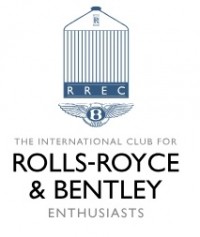 About the Bentley Driver Club (BDC)

Bentleys are built to be driven. So it’s hardly surprising to learn that the largest and most famous group of Bentley enthusiasts is The Bentley Drivers Club. Appropriately enough, the first members were Bentley drivers attending a race at the legendary Brooklands track in Surrey in 1936, canvassed by a note placed under their windscreens by one G.K. Pelmore. The first meeting was over-subscribed; a bigger venue had to be found at the last minute.

Since then the Bentley Drivers Club has gone from strength to strength, with branches from Dallas to Tokyo and from Cape Town to Canberra. The Club organises a number of social and competitive events, and provides specialist services for owners of Cricklewood-, Derby- and Crewe-built Bentleys. The BDC is now the focus of a world-wide Federation of Bentley Clubs and welcomes new members.

To become a member of the Bentley Drivers Club (BDC), click here.

About the Rolls-Royce Owners' Club (RROC)

The RROC describes itself as "all about members helping members, preserve, restore, repair, use, drive and enjoy our Bentley and Rolls-Royce motorcars." They are a non profit organisation, established in 1951 and served by a volunteer 14 member Board of Directors, who work throughout the year on numerous projects to support club members. They also employ six staff, who work at the HQ building in Mechanicsburg, Pennsylvania. They have 28 Regional clubs and and 7 Societies across North America with members in every continent.

About the Rolls-Royce Owners' Club of Australia (RROCA)

The Rolls-Royce Owners' Club of Australia was formed in 1956 in Sydney with a foundation membership of nineteen. Today the Club has Branches in every State and Territory and has almost over thousand members who own in excess of 1,200 Rolls-Royce and Bentley motor cars dating from 1907 to the present. The Club has established the Sir Henry Royce Foundation, a non-profit organisation, to record and preserve the history of Rolls-Royce and Bentley in Australia.

The primary purposes of the Club are threefold:

- to encourage ownership, maintenance and restoration of those motor cars manufactured by the various Rolls-Royce and Bentley companies;

- to promote practical motoring, safety and courtesy on the roads;

- to encourage social and community activities among the members.

The RROCA is a very active club of over one thousand members. Membership includes people of all walks of life, who are united in a common interest of enjoying fine motor cars and the motoring and social activities that go with them. Membership is open to anyone with an interest in Rolls-Royce or Bentley motor cars, whether or not an owner. Non-owners may join as Associate Members and two or more people may join as Joint Members.

State branches generally meet once a month - usually on a Wednesday. In addition each Branch holds a motoring and/or social event every month, usually on the Sunday following the monthly meeting. Each Branch publishes monthly magazines which contain general articles and technical information of interest to the Branch members. Most Branches also have excellent libraries with Workshop Manuals and Part Lists for most models.

Each state branch of the RROCA is an independent body, so any membership enquiry should be directed to the Secretary of the Branch in your state. Some branches have Membership application forms on their website. For details of rates and how to join click here. 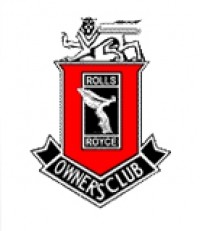