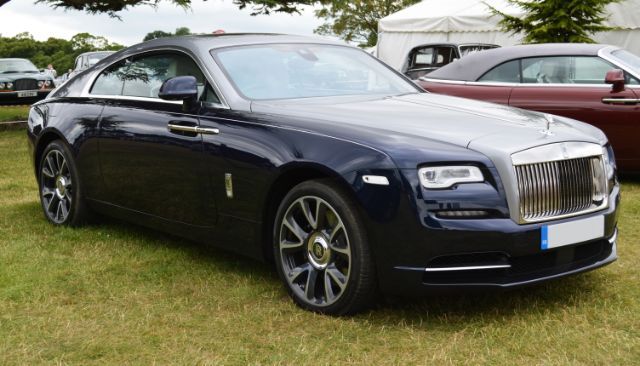 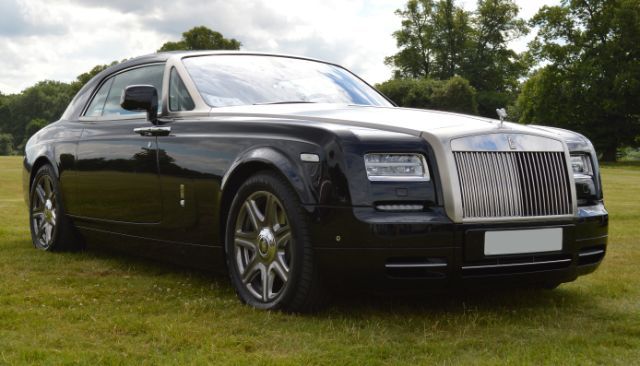 2010 saw the arrival of the Rolls-Royce Ghost, the return of another famous model name from the past. Described as a mid-size saloon, the Ghost was instantly recognisable as a slightly smaller version of the Phantom, with many design cues carried over from its larger sibling including the rear-hinged rear doors. The Ghost was a more sporting, but no less luxurious motor car, aimed directly at the younger owner-driver. Featuring a host of electronic driver aids, quite unique at the time, including all-round cameras and head-up display instrumentation, it was a very advanced vehicle. Power was provided by a new twin turbocharged V12 engine with a slightly reduced capacity of 6.6 litres, an 8 speed automatic gearbox transmitting the power to the road.
Next to the Ghost range, using the same platform, was the Wraith which was launched in 2013. An extremely attractive 2 door pillar-less coupe, this car also featured rear-hinged doors and provided generous accommodation for 4 people. Two years later, the convertible Dawn joined the line-up. Again, a full 4-seater and now fitted with a fully insulated folding hood, giving the option of wind-in-the hair touring, or limousine like refinement with the roof closed. 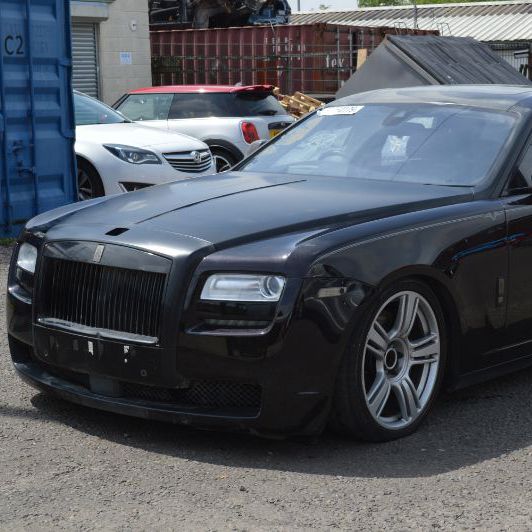 Details of Phantom, Ghost, Wraith & Dawn models we have recycled.