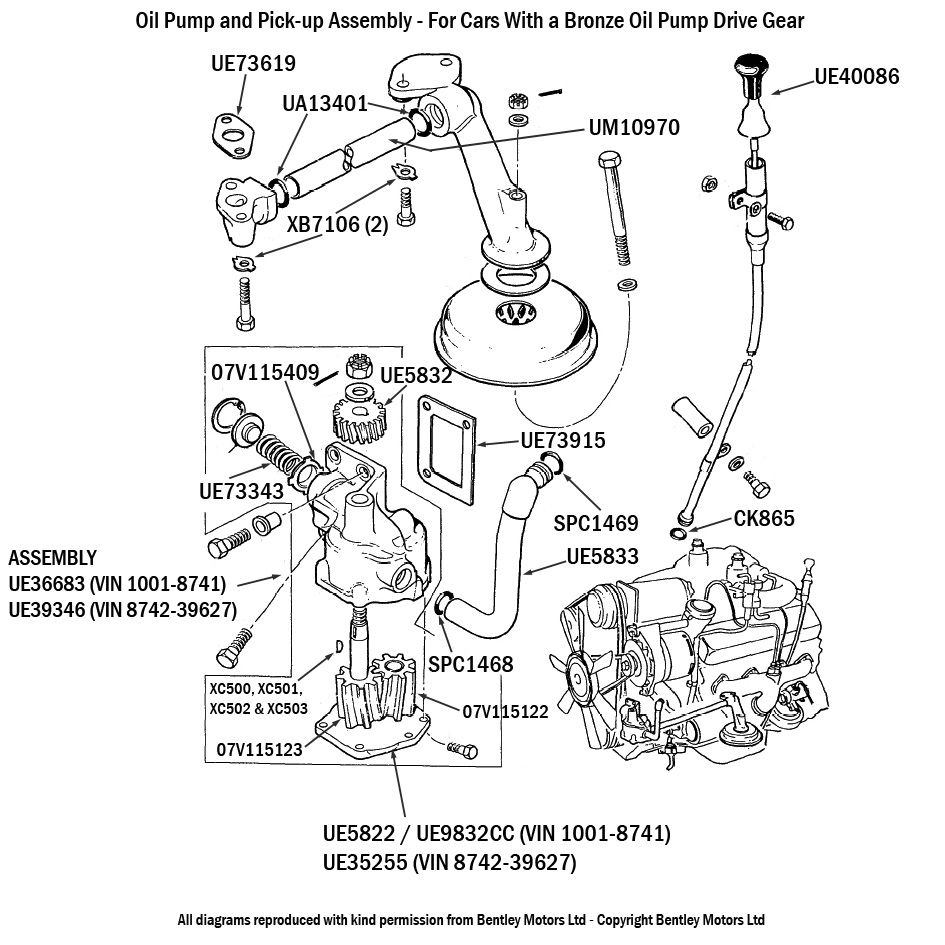 Bentley have superceded the gears so they now only supply the steel drive gear UE42783. It is absolutely crucial that if you are replacing an oil pump or just the driven gear that you have one bronze gear and one steel gear on the oil pump and crankshaft. Failure to do so will lead to the two gears destroying each other and a subsequent rapid loss of oil pressure.If you are unsure please speak to a member of our sales team. Please also note that a few cars between VIN 39529 and 39627 were fitted with the later style pump.

We also recommend that you check the part number stamped into the cover plate of your oil pump (located on the base of the pump). Although all the pumps are interchangeable according to Bentley and supercede to UE39346, you need to be aware that the O ring that sits on the end of the feed pipe (UE5833) is different depending on which pump body you are fitting the pipe into. There may also be difficulties in fitting an early pump body to a later car.