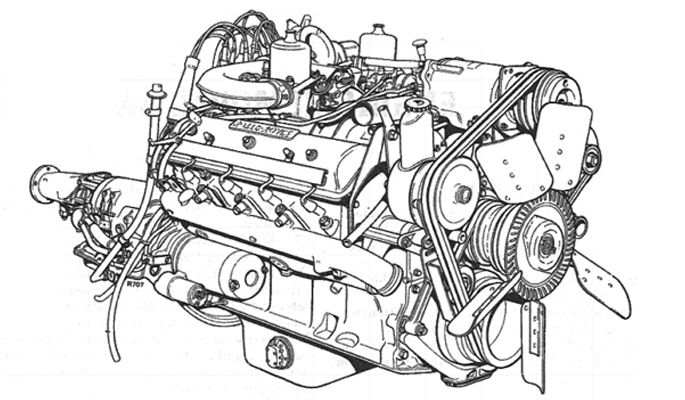 The first SY models (up to VIN 8742) were fitted with a 6.2 litre engine (similar to the Silver Cloud III & S3 models) with four-ringed 9.25:1 compression (UK Spec) and 8:1 Compression (ROW) ratio pistons. These short stroke engines were denoted by an engine number stamped on the top of the front of the crankcase that started with SY, hence the Silver Shadow & Bentley T models being referred to as “SY” models.

From 1970 (VIN 8742) a longer stroke 6.7 litre engine was fitted, along with three-ringed 9:1 CR pistons (UK Spec, for more regions see here). These engines were identified by an engine number starting with SYL.

In 1979 (VIN 39628 approx) the later L410B engine was introduced, widely referred to as the B series engine. These engines were identified by an engine number with a B at the end. This engine was continued into the early SZ models (Silver Spirit & Mulsanne from 1980).

Many of the internal components of the engines in the range from 1965 to 1980 are the same; camshaft and tappets, cylinder liners, con rods, big and small end bearings. We try to stock as many engine components as possible including a wide range of OEM pistons, liners and bearings.