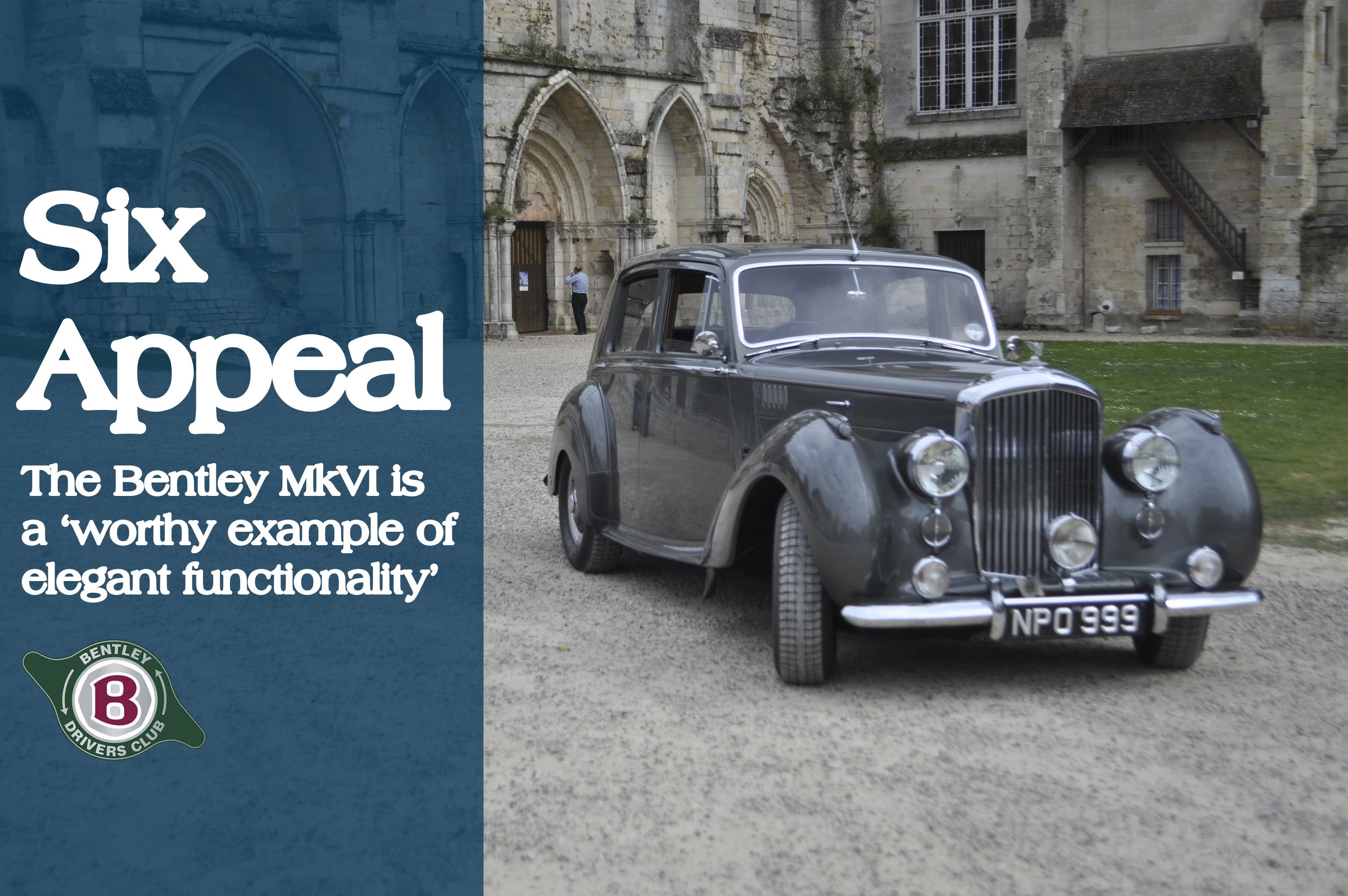 The Mk VI is a ‘worthy example of elegant functionality’ – and, following a thorough overhaul, proud owner Peter Boxer is keen to rack up even more touring miles. Images: Courtesy of Author

Okay, I’m biased! I admit I’m really keen on the Mk VI, although I can’t remember when this fixation took root; but, whenever it was, the car had become synonymous with Crewe’s Standard Steel model (although, of course, there were also many notable coach-built versions).

Sticking my neck out still further, I reckon the Mk VI was one of the purest early post-World War II motor car designs. Its understated, unponderous styling, with its attractive pre-war echoes, still appeals today: no matter where you’re standing, its curves (and few straight lines) begin, flow, and end in all the right places.

Anyway, forgetting its impractical boot (presumably one sent one’s baggage ahead by train anyway...) or the ridiculously low-geared drivetrain (even in its 4¼-litre form), at some stage the Mk VI started to seem like an ‘achievable’ Bentley. Indeed, this seductive self-deception briefly persuaded me to buy a 1949 Mk VI 4¼ in my late 20s – a delaminating rust bucket with 185,000 miles on the clock, consuming a pint of oil every 300 miles, whose supposedly dark-blue bodywork sported a variety of tints according to which bodywork section had last been retouched. But for its day – it was already 20 years old – mine still seemed to go like a rocket. 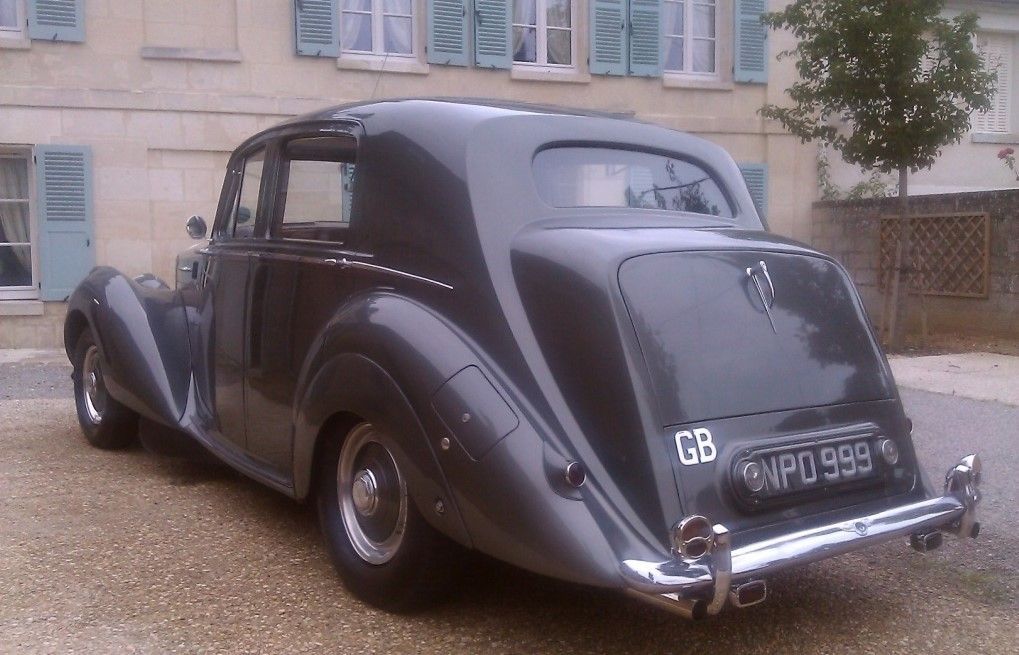 The Mk VI’s styling is understated and attractive, and harks back to the pre-war period

After eight months of this unaffordable dose of folie de grandeur, however, ‘Bentleying’ disappeared from my life. But the disease lingered on: in 2004, after 30 years, B63PU appeared. My objective this time was to make it drive as far as practicable as well as new; but then, discovering how well it did indeed handle after all the ensuing TLC, the objective evolved further into making it a ‘special’ with a 4.9 S1 Continental-type (suffix added because the block itself is SC1).

So, through the first five years, the more obvious tasks, like rewiring and brake system, steering and suspension overhauls, were complemented by the fitment of a beefier front anti-roll bar, plus an extra one at the rear, and a rebuild of its 4½-litre engine. In 2007, the back axle was swapped for a remanufactured version 20 per cent higher geared than the standard Mk VI set-up (roughly equivalent to early 4½ R Type Continentals); so, at 70mph, B63PU’s third gear rpm became roughly the same as a standard Mk VI in top.

Then… One of the more trying aspects of early post-war cars is their cooling system difficulties with slow-moving traffic jams on hot days – or just the hot days themselves. The latter occurred one day during a fairly lengthy spell in 36˚C heat on a Tuscany autostrada with three pax and bags. Eventually, I found that as long as I held 63mph the oil pressure stopped dropping and the coolant temperature stopped rising. Together with other slow-speed summer overheats, it brought Mk VI cooling system limitations to the fore.

So B63PU has since had several cooling system modifications: (1) a smaller diameter fan/coolant pump drive-pulley to correct the 20 per cent slower drive-train rotation at a given road-speed; (2) a duct to improve low-speed fan ‘draw’; (3) a small expansion tank connected to the main radiator overflow pipe; and (4) slots in the rear sides of the bonnet lids to vent hot air which, without forward motion, only escapes with difficulty.

Collectively, these modifications have considerably improved the coolant system performance without the need to resort to an electric fan. However, two summers ago we were again caught out on a hot day, this time in a jam on the Paris Périphérique; although the overheated coolant duly flowed into the expansion tank and finally triggered its pressure relief cap, there was very little actual coolant loss besides condensed steam – so once moving again things reverted to normal. 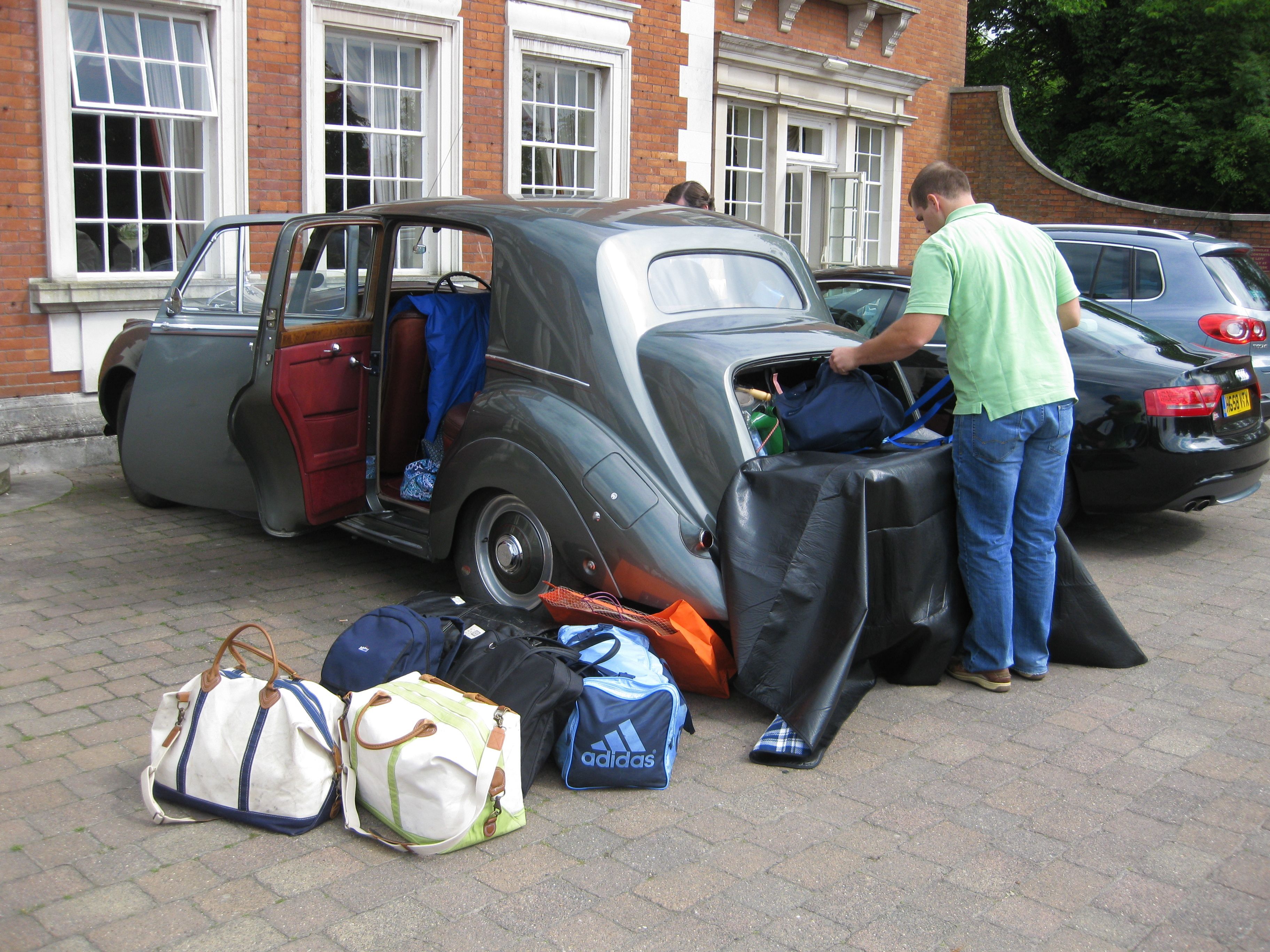 Plenty of luggage… but can the ‘impractical’ boot cope with it all?

By mid-2009, knowing how well my rebuilt 4½ had coped with the ‘tall’ back axle, I’d also located a crate of S1 Continental-type bits, complete with two-inch SUs and a big-valve head; someone’s rebuild project hadn’t happened, so B63PU’s rebuilt 4½ went to a good home, and the 4.9 rebuild – plus the extra fettling to install the S Type 4.9 in a Mk VI – happily became my responsibility instead. (Apart from the S1 crankshaft, which is appreciably different from previous Crewe ‘sixes’ up to and including R Type 4.9s, and the S1 Continental big-valve head & two-inch SUs, there are other differences – oddly so, given Crewe’s intention to go to another engine entirely – for example, the exhaust manifold stud-centre distances!) Peter enjoyed this view for more than 6,200 miles during trips in 2010

The following year, therefore, saw me piloting my discrete Mk VI Special with a bigger smile than usual: at one extreme, despite Mk VI aerodynamics, B63PU was now capable of around 110mph at a respectable 4,000rpm. More normally, at the touring end of the spectrum, B63PU purred along most days in fourth gear, with only the occasional recourse to third – itself usable up to 80mph.

These capabilities have been put to good use: B63PU has made several long trips, both solo and in friends’ company, including travelling 2,236 miles to the Swiss and Italian Alps in 2011, 2,152 miles to the Outer Hebrides and northern Scotland in 2013, and 2,928 miles around WWI cemeteries and battlefields in 2018. Our record annual mileage was 6,231 in 2010, and our longest single day’s drive so far has been 438 miles in France. 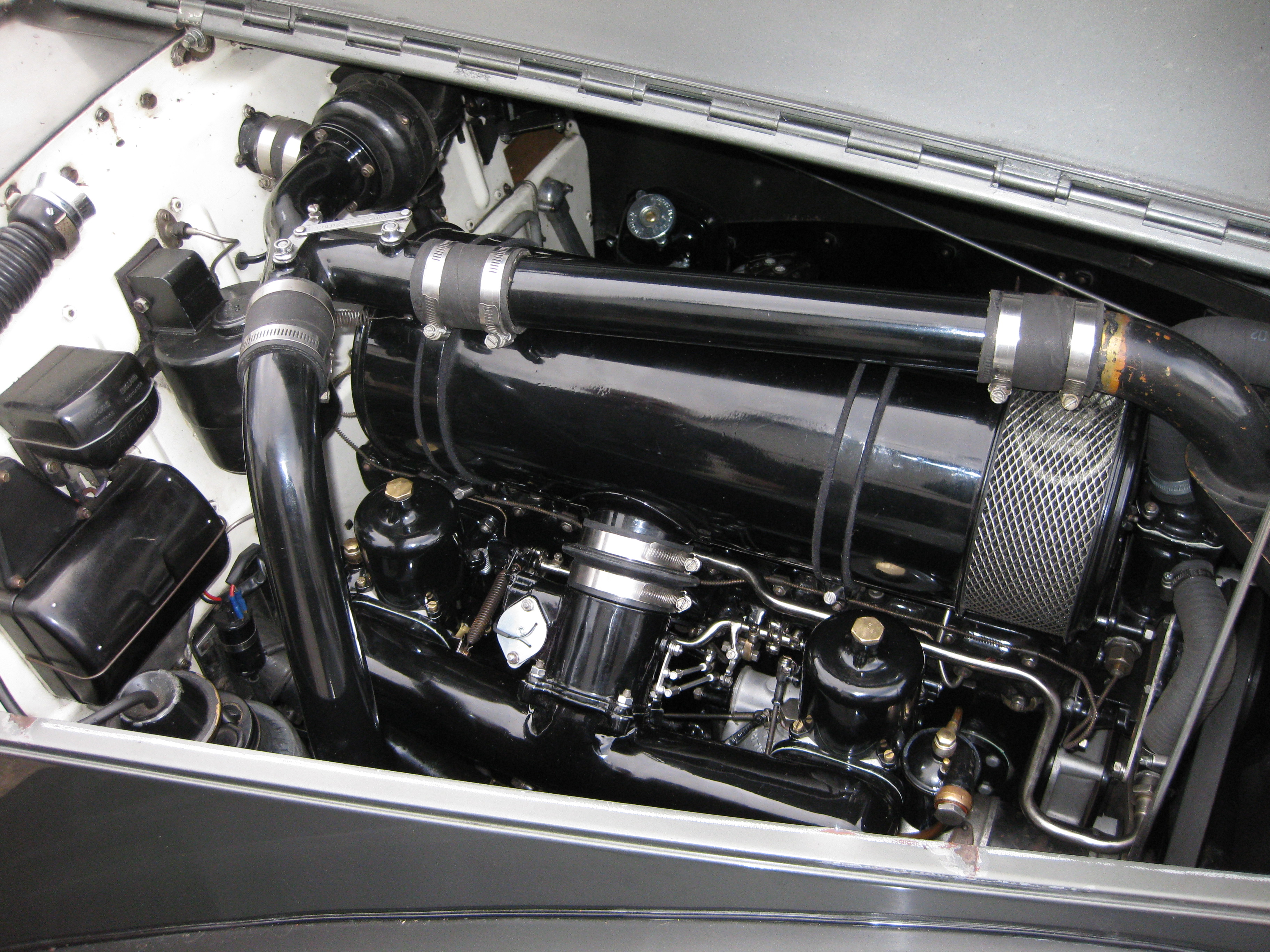 The revamped S1 inlet side completed

Since 2018, however, various niggling, but thoroughly inconvenient, problems with B63PU have been exacerbated (as for so many of us) by Covid-19-created confinements. For us, both in the UK and France (my wife is French), the result has been far too much ‘CarCoon’ time and only a few hundred miles of driving.

But, by now, with pretty well sorted mechanicals, our Covid-19-enforced inactivity last year set me thinking about B63PU’s bodywork, inside and out, and maybe bringing it up to the same standard… and so to a decision was made to get on with it.

Hopefully, B63PU will re-emerge this spring as a really neat and tidy Standard Steel Mk VI – a worthy example of elegant functionality and, in this beholder’s eye at least, its original beauty.