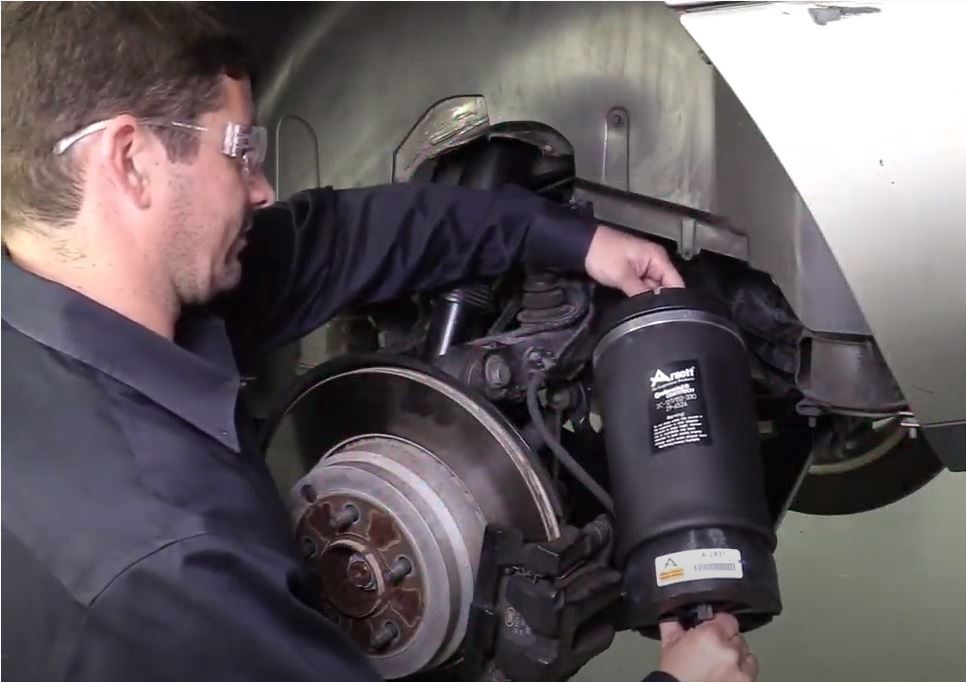 With the restrictions in movement caused by the Covid-19 crisis, the use of vehicles has dramatically decreased. Since the lockdown is in place, many vehicles have not left their own premises. Given this, have you wondered what consequences this could have for the air suspension system?
Usually a vehicle equipped with air suspension will drop a few centimetres overnight when parked because an air suspension system will slightly lose pressure over time. Nevertheless, what will happen if a vehicle has been sitting still for an extended period of time?
The extend of the effect depends on different factors like the original system design, the manufacturer’s standards, but also the weather conditions. Keep in mind that seals will eventually dry out, and connections can become less air tight when the system gets older. This wear and tear will cause air leaks, forcing the compressor to work harder to level the vehicle. All of this is an integral part of an aging air suspension system – that simply has an average limited lifespan of 6-10 years until its components require replacement.
The Effects – What is actually happening:
1. Long term parked cars attract more moisture due to lack of ventilation. Corrosion in for instance valve blocks and compressors is one of the consequences that could lead to defects and leaks.
2. (Existing) corrosion gets more time to spread without being “polished away” under the folding edge of the rubber.
3. When the rubber of an air bellow is aging, it will lose some flexibility and eventually dry out. When the car is fully on the ground, the rubber gets into an unusual position. The likelihood that it will not fold back into the correct form and tears as a consequence increases. Inflating the air bellow when it is in an unusual position can also cause the crimping ring to come off.
4. It is possible an aging compressor will not be able to produce enough pressure to raise the car from 0. This is especially true when the system has a (small) air leak as well. The relay can get damaged, and in worst case the compressor can burn out while attempting to pressurize the system to operational level.
The first two effects will accelerate the aging process and shorten the lifespan of the system’s components. The last two points are directly affecting the air suspension system. Fault codes are shown on the instrument cluster and the system will shut down. When this happens, the car cannot be driven safely anymore and it has to be transported to a workshop for diagnosis and repair.
What can the car owner do to keep the system in optimum condition?
• If possible, keep the vehicle in motion and drive the car for at least once a week. This is beneficial for the car in general, not only for keeping the air suspension system in shape (other components/systems like air-conditioning, engine oil, car battery, braking system, etc.).
• If it is not possible to take the vehicle for a drive, it is advised to start the car once a week in order to keep the air suspension system pressurized. In case the system is also equipped with a ride height functionality, it is recommended to use it to fully lower and raise the car at least one time. This allows humidity to leave the system (it enters the dryer and evaporates when the compressor warms up).
Article kindly provided with permission from Arnott Europe
Tags: