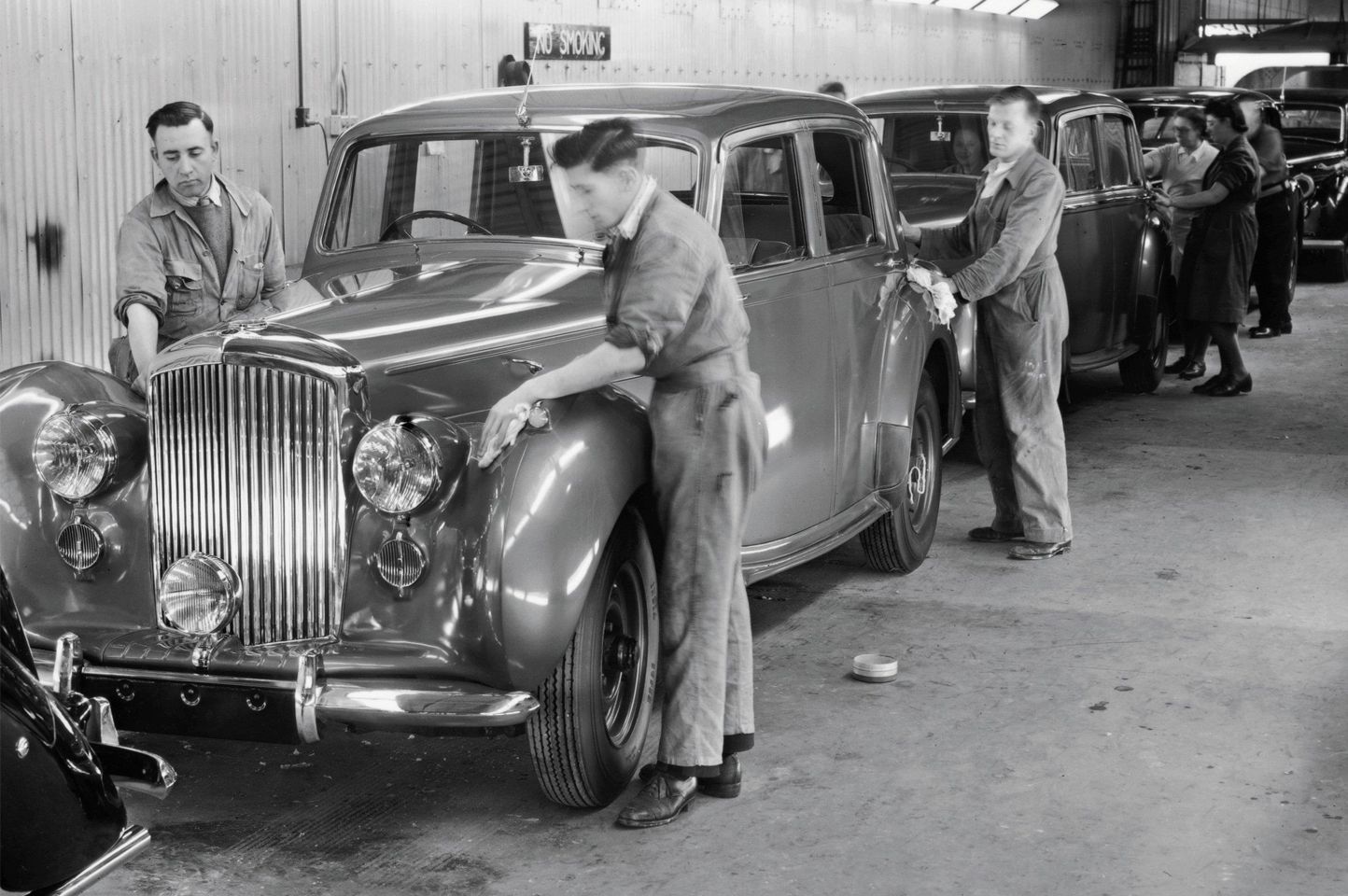 Bentley Motors today marks 75 years of car production from the luxury marque’s iconic factory in Crewe, England. The revered Mk V, the very last car to be built in Derby before the dawn of the Crewe era in May 1946, today stood proudly on display along Pyms Lane as the current generation Bentley models rolled off the production line at record levels.

During this 75 year period, 197,086 luxury cars - 97 per cent of Bentley’s entire production - have been handcrafted, an extraordinary milestone when considered that just 38,933 were built before modern day models such as the Continental GT and Bentayga were introduced from the turn of the century.

Remarkably, records show that 84 per cent of all cars built in Crewe for the UK market are still on the road today, with that number growing at unmatched levels.  Bentley is currently building 85 cars per day; one month’s output, two decades ago.

Commenting on the significant achievement, Peter Bosch, Bentley’s Member of the Board for Manufacturing, said:

“For 75 years Crewe has been synonymous with luxury car manufacturing – a global showcase of craftsmanship and quality.  In that time, our colleagues have produced some of the world’s most iconic and desirable products, including cars for global royalty and unique personal commissions.

“Beyond bricks and mortar, this milestone pays homage to the colleagues who have built our brand in Crewe, and I’d like to express my thanks and admiration for their dedication over three quarters of a century.

“With our most recent investment we have transformed our historic factory into a collaborative modern campus; a carbon-neutral, innovative, low environmental impact site that retains the best of our heritage while looking strongly to the future.  In many factory areas, modern, digitised production systems complement traditional craftsmanship skills employed on our cars since 1946.

“As we cautiously emerge from the pandemic, we look forward to welcoming our customers back to Crewe to experience our unique factory and meet our colleagues in person.”

Although Bentley’s history dates back to 1919, Crewe became part of the luxury marque’s story in 1938; the Pyms Lane site transforming from potato fields to a significant manufacturing base for the Merlin aeroplane engines, a key pillar of the war efforts. Selected due to its strong transport links and ready supply of skilled labour, at peak in 1943, the Crewe factory employed over 10,000 colleagues. 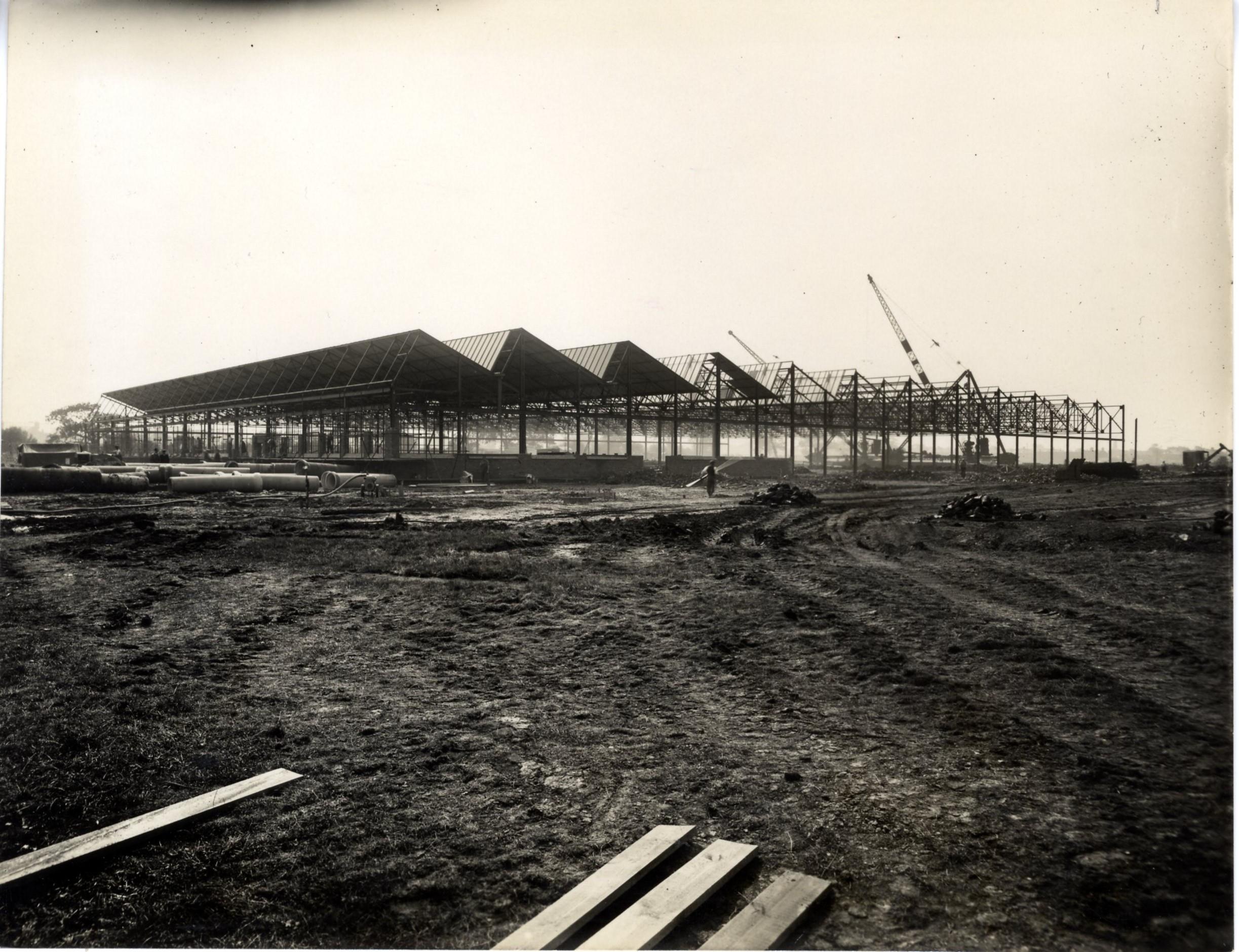 The construction of Pyms Lane

With car production having ceased in the war years, the former home of the company in Derby was committed to building new-era jet engines in 1946, meaning a new location was required. Colleagues had to be retrained in techniques necessary for car manufacture, such as painting, anti-corrosion preparation, body mounting and woodwork.

The Bentley Mark VI became the first car to be built entirely at Bentley’s Crewe works and the first to be offered with a pressed-steel body shell as standard. The 4.3-litre straight six engine used at launch was upgraded to a more powerful 4.6-litre unit in 1951. Coachbuilt cars were still available, but the Mark VI signalled the dawn of a new era in Bentley car production and became one of the marque’s biggest selling cars in history. 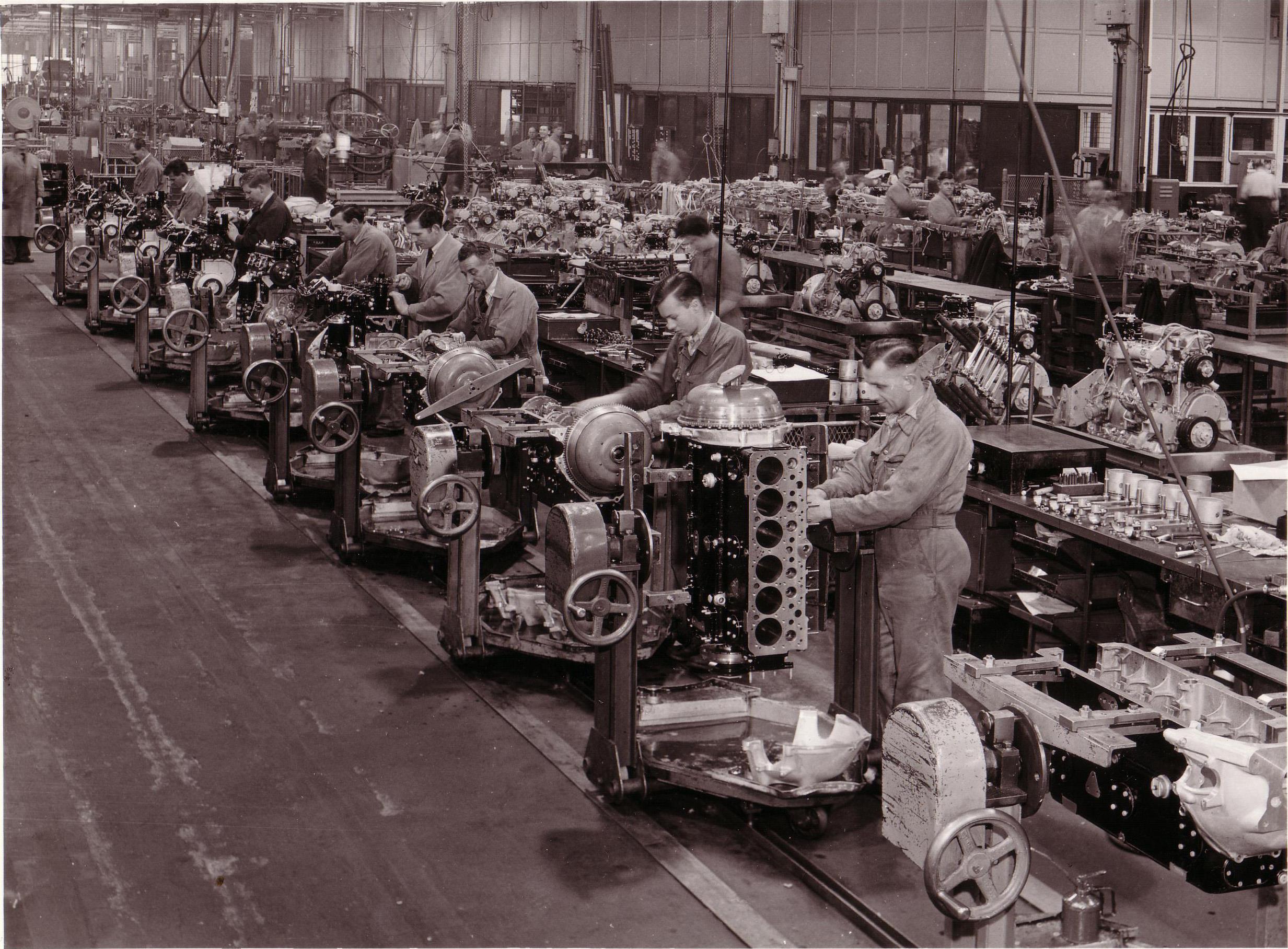 The Engine production line during the 1950s

What followed prior to the modern era were many iconic models of their time produced in Crewe, including the R-Type Continental, Turbo R, Arnage and Azure.

Arguably the biggest change to Pyms Lane, Crewe, took place in 1998, following the acquisition of Bentley by the Volkswagen Group. The Group immediately invested significantly to modernise the factory and transformed the company into the one that exists today, creating a platform for an illustrious period in the history of Bentley Motors.

Pyms Lane has remained the focal point for Bentley’s headquarters in Crewe since the company arrived in 1938. What stands today are industry-leading facilities that are fully carbon neutral, the first luxury car brand to achieve such a feat. 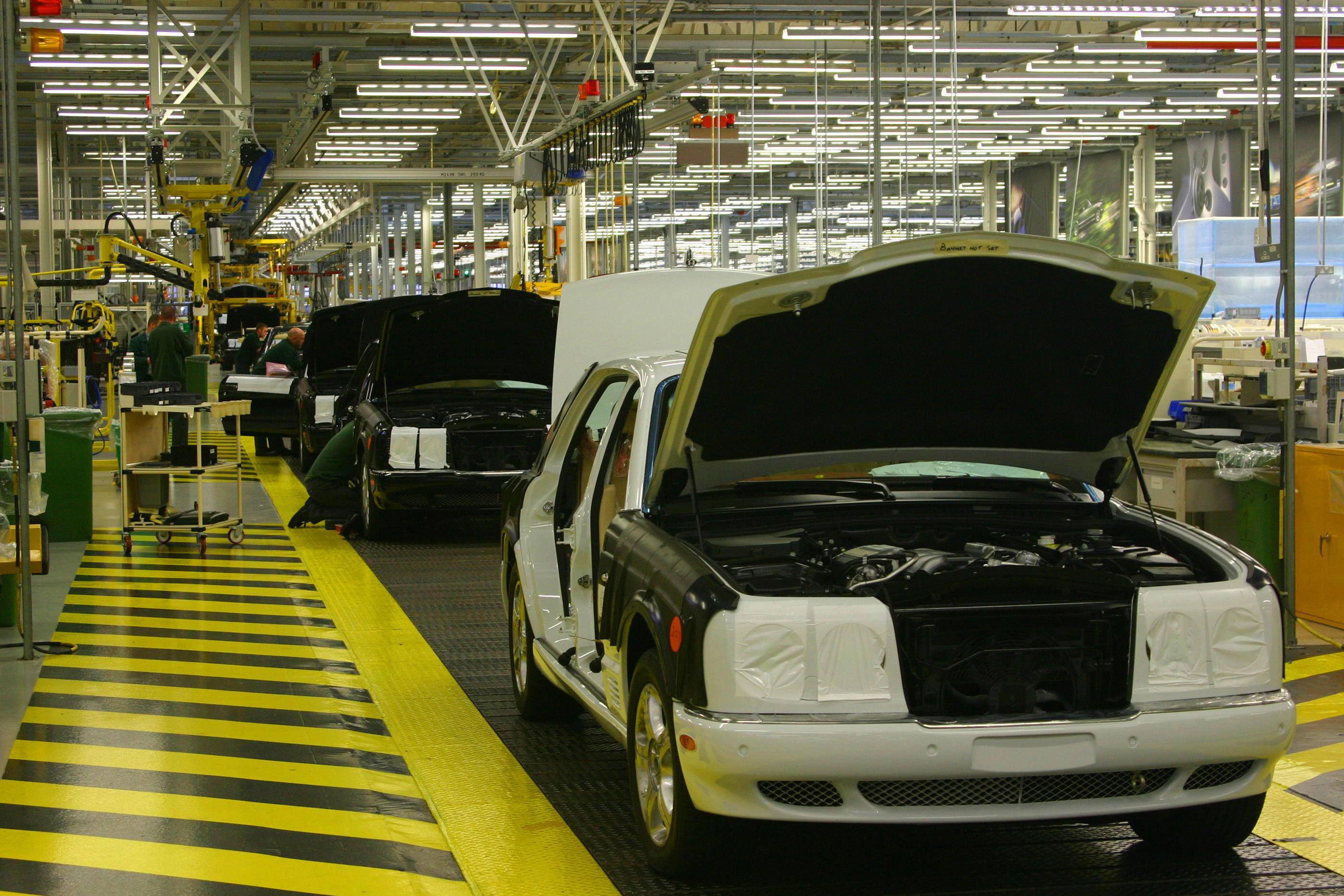 The production line during the 2000s

Over the coming weeks, Bentley’s subsequent investment in Pyms Lane will be realised with the opening of an Engineering Test Centre and R&D building – both of which will further support Bentley’s journey towards electrification.

The ambitious plans Bentley has for car production were outlined as part of its ground-breaking Beyond100 strategy. The company aims to be end-to-end carbon neutral by 2030, with the Crewe factory climate positive thereafter.

Bentley will move to full electrification – PHEV or BEV only – by 2026, then switch the entire model range to battery electric vehicles by 2030. The industry-leading Beyond100 strategy will transform every aspect of the business as Bentley accelerates into its second century of luxury car production. 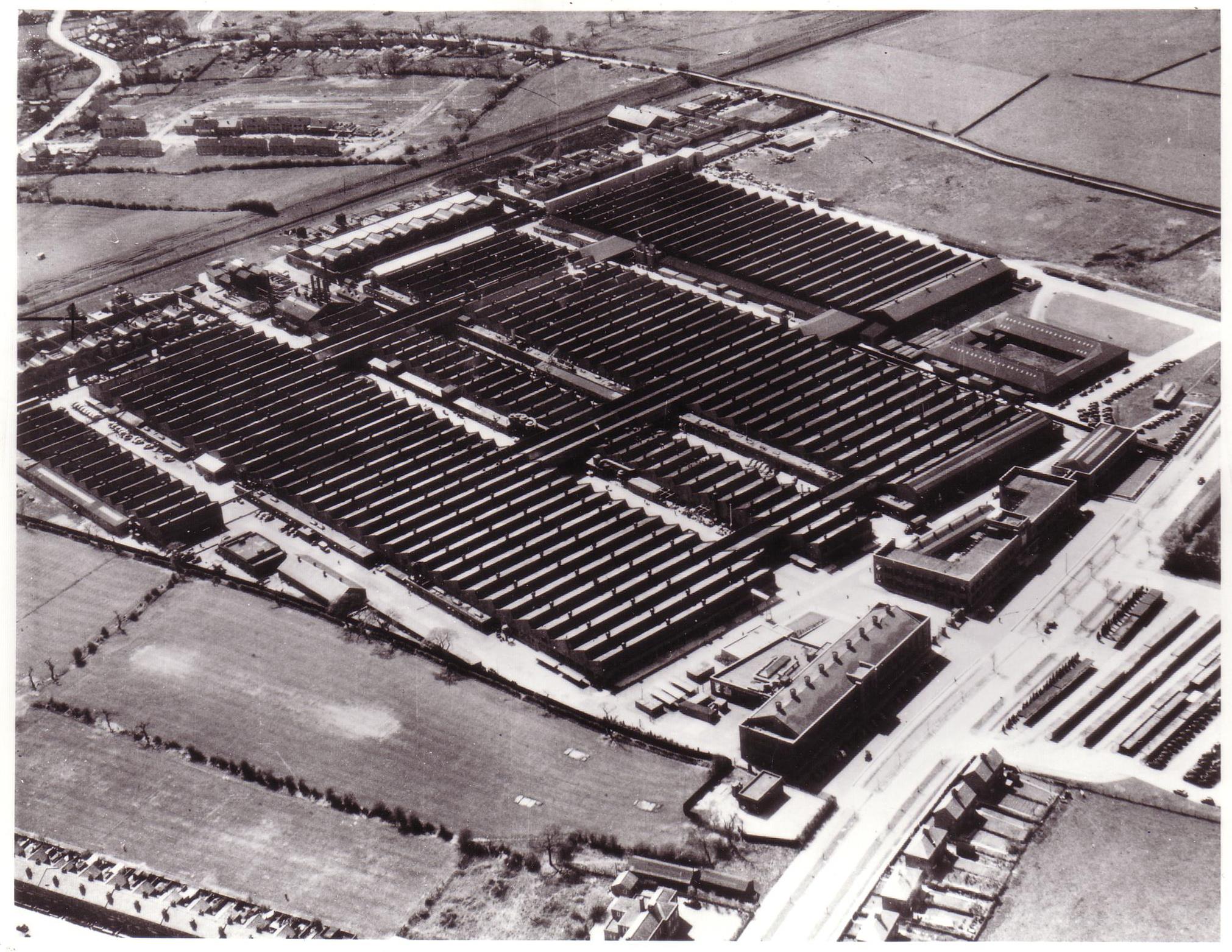