We are now Employee Owned! 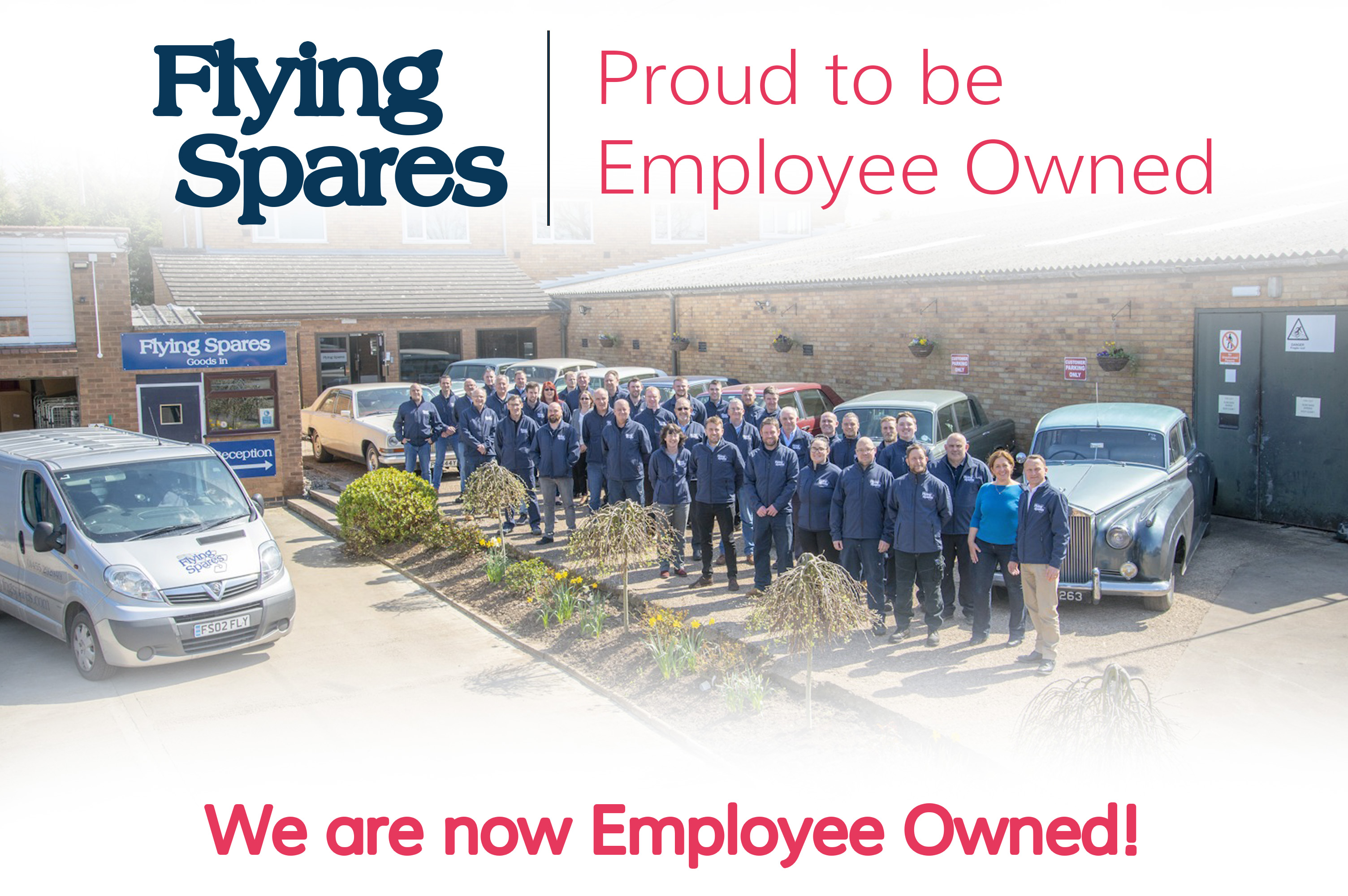 On Tuesday 11th February during a lunch to celebrate the 25th anniversary of Flying Spares Ltd, owners Ben and Lucy Handford announced to their fifty-four strong workforce that 100% ownership of the company had been transferred to the staff in the form of an Employee Owned Trust. Ben and Lucy commented: “We are delighted with our decision and are entirely confident that becoming Employee Owned is in the best interests of all our staff; protecting their jobs, enhancing their earning opportunities and giving  them a real investment in the future of Flying Spares. It is our greatest wish to see the company of which we are so proud, prosper long into the future.”

Ben and Lucy Handford established Flying Spares Ltd (www.flyingspares.com) in 1995 whilst in their mid-twenties; they had no financial backing and the beginnings of their company were humble to say the least. With previous experience in the Rolls-Royce and Bentley business, Ben’s dream was to set up a Midlands based company supplying new, used and reconditioned parts for post-war Rolls-Royce and Bentley motorcars.
The couple borrowed a portacabin from Lucy’s parents who owned a transport business next to the local tip in Barwell, Leicestershire. With their limited savings they purchased a container and their first car for breaking - a 1988 Bentley Eight. Initially Ben acted as sales adviser, mechanic, parts cleaner and packer, with Lucy running the accounts and the office. Within a couple of years, they had employed two members of staff to assist with car breaking and moved to larger premises in nearby Cadeby. In 2001 the couple purchased their first business premises in Market Bosworth and in the next few years recruited several of the key members of staff who still work for them today.
In the years that followed, Flying Spares went from strength to strength, consistently growing and becoming increasingly systemised and professional. That growth has continued, not only in terms of their stock, but also their premises, their customer base and their staff numbers. Flying Spares now turns over more than £11 million a year, sending out around 600 hundred parcels a week worldwide and currently employs fifty-four staff. The company is now firmly established as the independent market leader for Original, Aftermarket, Reconditioned and Recycled parts for post-war Rolls-Royce and Bentley motor cars, to enthusiasts and the trade alike.  Ben is proud to be the current Chairman of the prestigious Rolls-Royce & Bentley Specialists Association (www.rrbsa.co.uk). 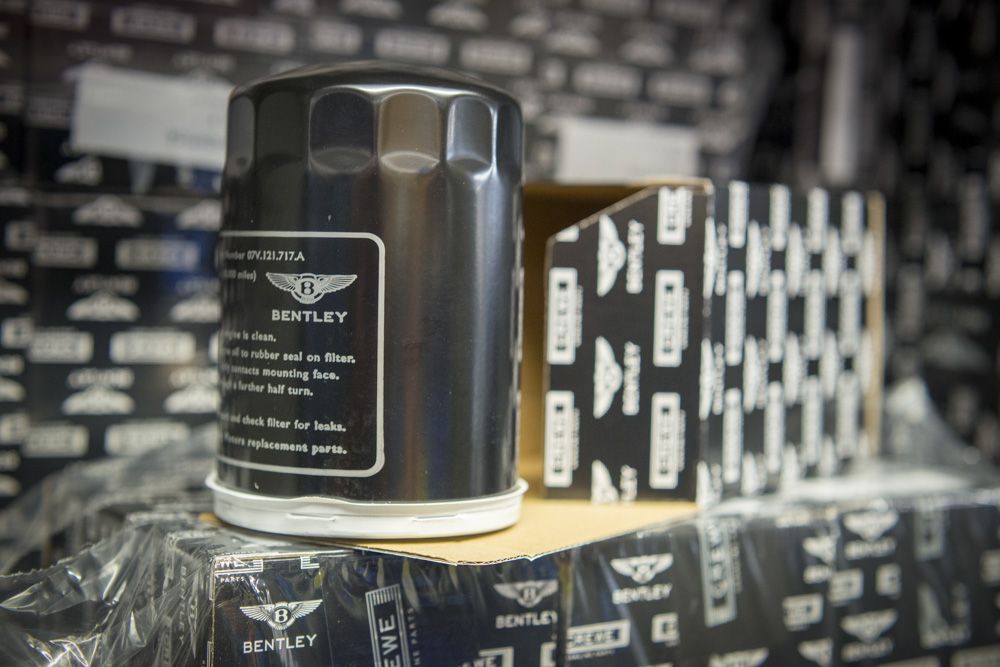 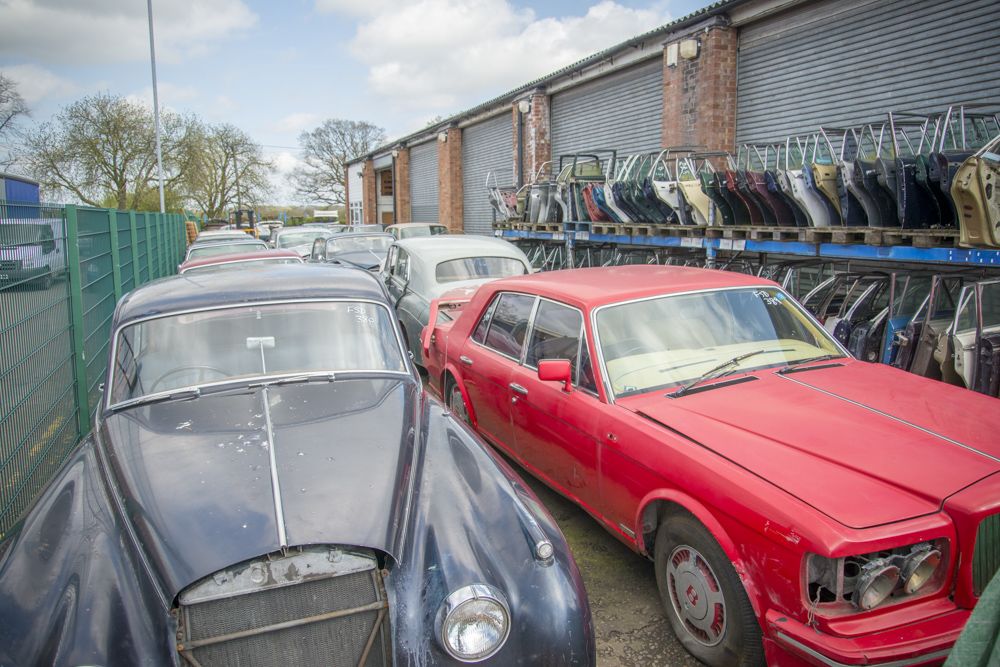 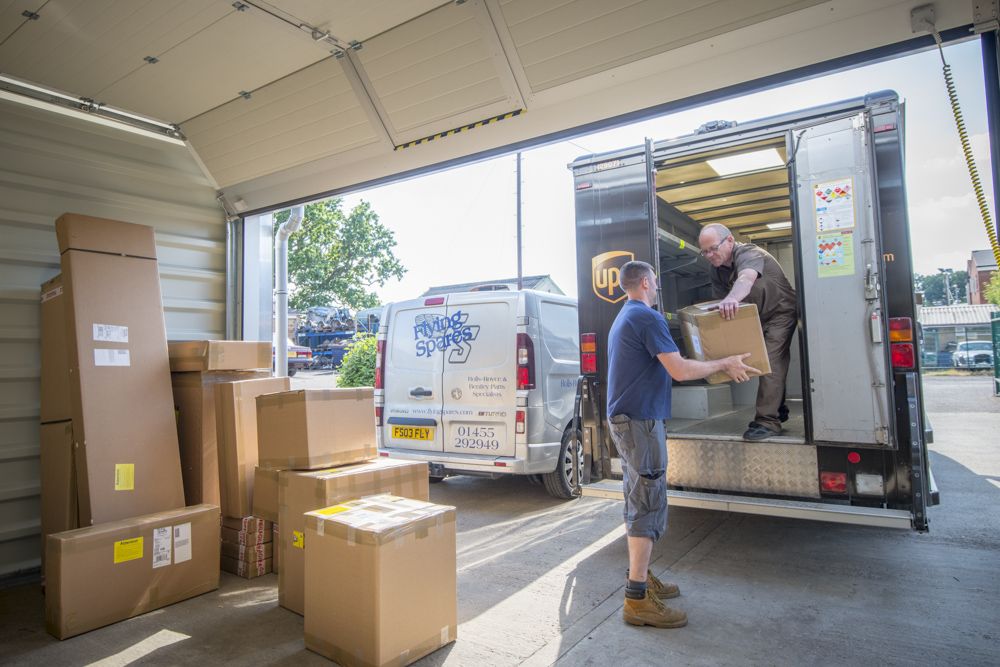 After twenty-five years at the helm of Flying Spares, Ben and Lucy’s decision to formulate an ‘exit strategy’ for their eventual retirement was a difficult one and took five years of deliberation and planning. All the obvious options were considered, including a management buy-out, passing the business on to their children and selling to a third party. There was no appetite for a management buy-out and Ben and Lucy did not favour on-going family ownership of the company. Whilst selling the business seemed the most straightforward option, the couple were aware that this might well result in the relocation or restructuring of Flying Spares and would almost certainly jeopardise the future of their staff. Another key priority was avoiding any changes that might compromise the quality of their parts or the service they are so proud to offer their customers. Lucy commented: “We have always been aware that our company owes a tremendous debt to the fantastic people we employ, some of whom have been with us for twenty years. We were adamant that our exit plan should not threaten the livelihoods of the people who had been crucial to building our success nor impact negatively upon our loyal customer base.”
In 2015 Charnwood Accountants (www.charnwoodaccountants.co.uk) introduced the idea of  creating an Employee Ownership Trust (EOT) as an alternative way of exiting the business. Previously unaware of EOTs, Ben and Lucy now know that over 400 companies in the UK have chosen this route of transferring ownership to employees via a trust. Whilst the John Lewis Partnership is the oldest and most recognisable example of an EO business, there are more recent examples such as Richer Sounds and Aardman Animation (of Wallace and Grommit fame). The EOT model struck Ben and Lucy as the ideal vehicle for their future retirement, offering them an ethically acceptable way of selling their shares in the business. Through an EOT they would be able to realise their goal of moving towards retirement whilst maintaining the ethos and structure of Flying Spares and crucially, securing the future of their employees.
Ben and Lucy were well-aware that selling their shares through an EOT would not be without risk. A sale to a third party would have meant a guaranteed and upfront financial outcome for the couple. By taking the route of an EOT, Ben and Lucy will be paid for their shares over a seven-year period. The couple have now parted with 100% of their shares with no cast-iron guarantees that the business will continue to prosper and be able to make the agreed repayments. Ben made the following point: “We have always been aware that selling our shares through an EOT represented more of a personal risk than some of the other sale options. However, our overriding concern was for the future security of our staff. We really believe in Flying Spares and are confident that the EOT will be a success for all”.

With a strong management team already in place and two clear candidates, Neil Arman and Duncan Charleston, prepared to step up and eventually take the reins from Ben and Lucy, Flying Spares were an ideal fit for the structure and ethos of an EOT.
In January 2019, with the support and expert guidance of their solicitor, Ed Nurse (www.bhwsolicitors.com), and EO specialist William Franklin (www.pettfranklin.com), Ben and Lucy began the process of preparing Flying Spares to become Employee Owned. Key to this process was ensuring that a robust plan was is in place to ensure a seamless transition as Ben and Lucy gradually step aside over the next few years. In November, the EOT application and company valuation was approved by HMRC and final preparations were made.
On 11th February 2020, the EOT was completed and Ben and Lucy were able to break the news to their staff at a celebratory lunch, ostensibly to mark the company’s 25th anniversary. Ben and Lucy are delighted with their decision and are relieved and elated that the process has now been concluded. Deb Oxley OBE, CEO of the Employee Ownership Association (www.employeeownership.co.uk), said: “We congratulate Flying Spares on its transition to employee ownership. By widening ownership of the business to its employees, Flying Spares is securing the future of the business, including its ethos, values and employees, while rooting itself locally for the longer term to the benefit of the community it serves.”

Ben and Lucy prepared an explanatory leaflet for their staff, entitled ‘Everything Changes but Nothing Changes’. Ben explained: “Lucy and I aren’t planning on exiting the company any time soon and we will always be available for advice and guidance. Tomorrow will just be like any other day at Flying Spares. Even after our retirement, we don’t expect any major changes to the structure of the business. We hope that our employees will seize the opportunity they have been given to be fully invested and empowered to drive the business forward, in the knowledge that they all stand to benefit from the future success of the company. Through the EOT we are confident that we can preserve our reputation both for the quality of our parts and our renowned level of customer service. Crucially, by ensuring the long-term future of Flying Spares, we will also secure the future supply of parts for all post-war Rolls-Royce and Bentley vehicles.”
Tags: