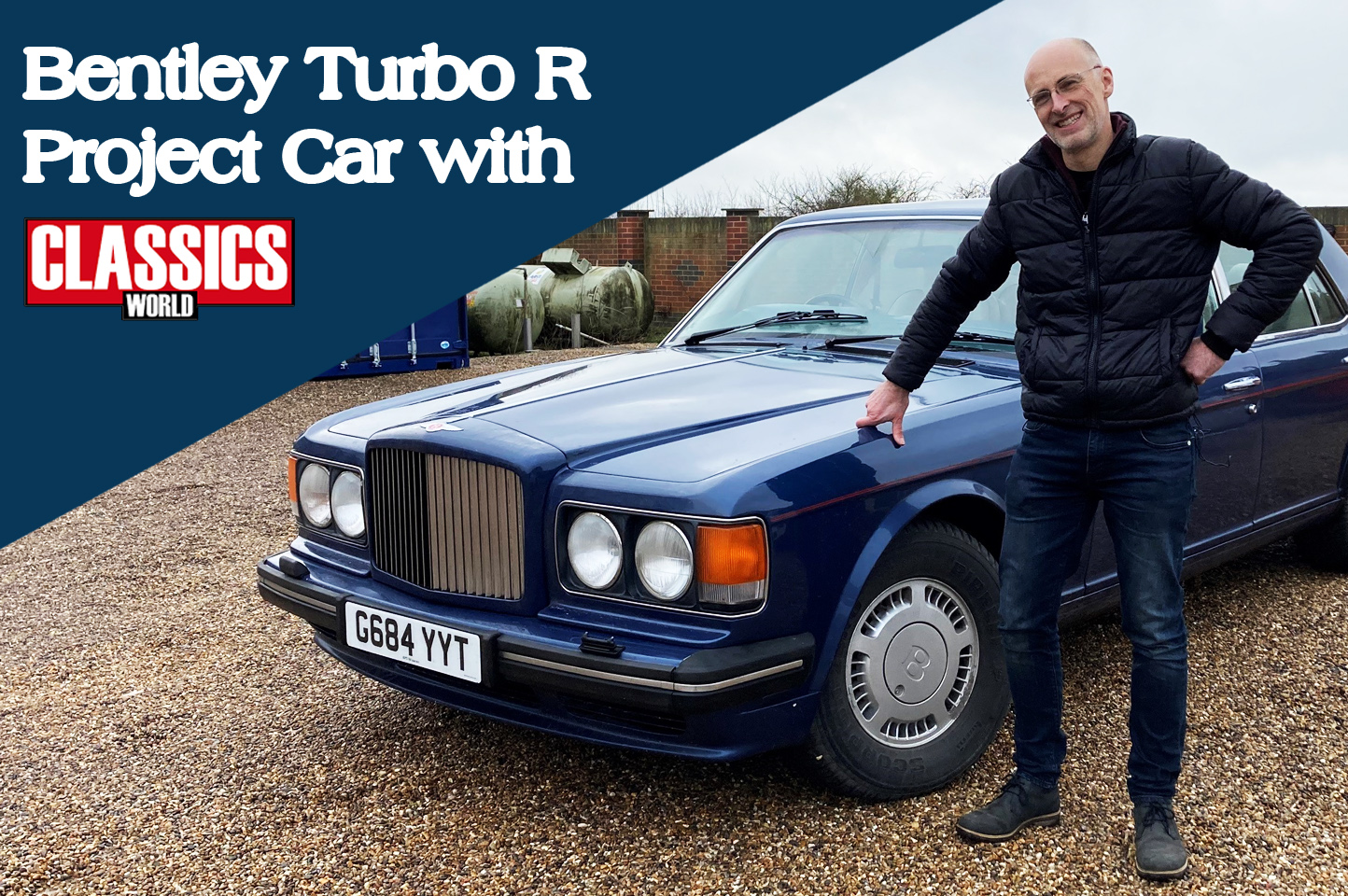 We are delighted to announce we have teamed up with Classics World who have recently acquired a 1989 Bentley Turbo R project car.

Over the next few months, they will be getting to know the car and improving it further.

The car is currently being used on a regular basis by editor, Paul Wager, who is about to have it inspected by specialist and friend of Flying Spares, Nigel Sandell, in order to work out a plan of action for the next few months.

Although seemingly in good running order, the Bentley will be improved and reported on in Classics Monthly and Rolls-Royce & Bentley Driver magazine, as well as appearing in future videos via www.classicsworld.co.uk.