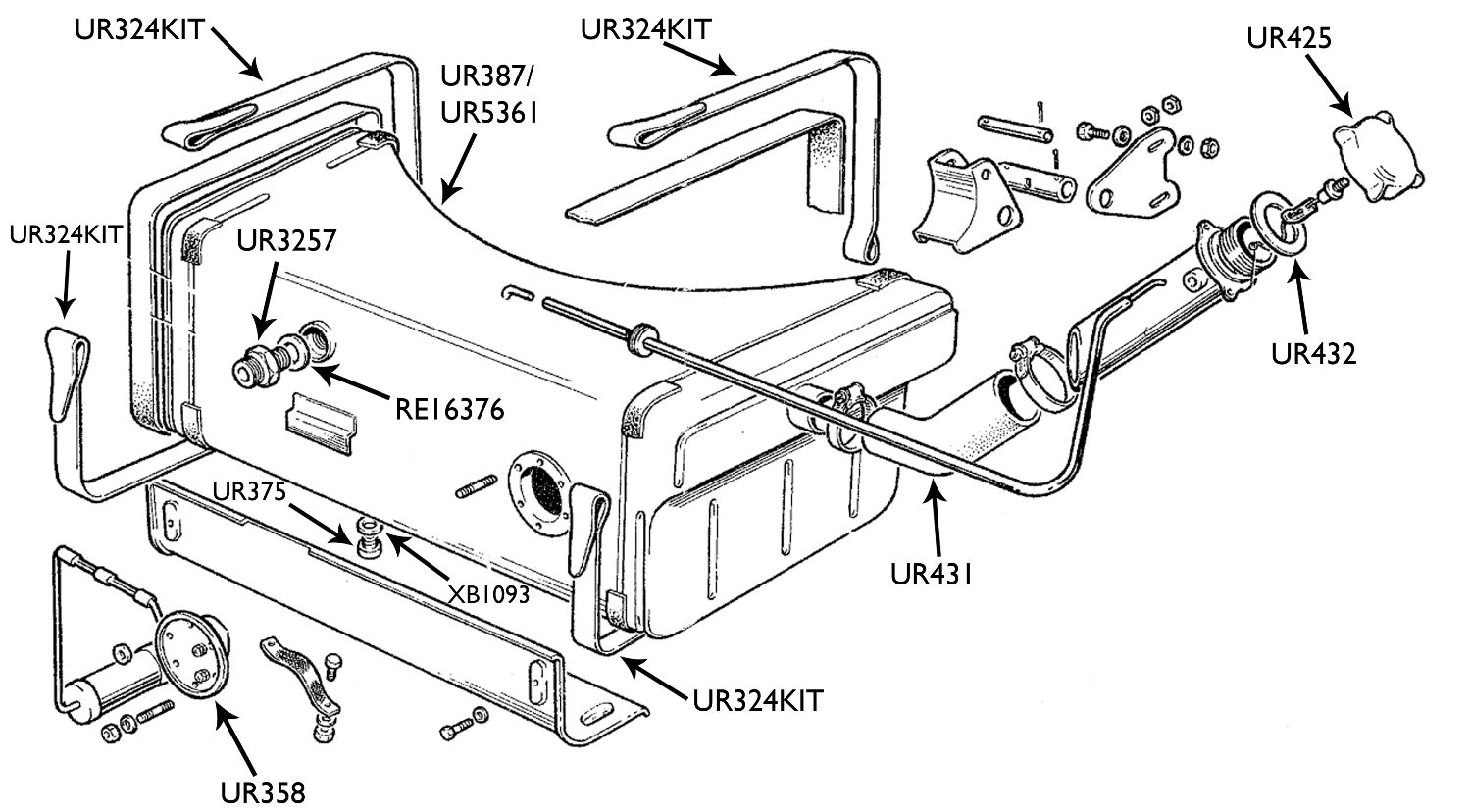 The later Series 2 and all Series 3 models were fitted with a vented tank UR5361, which can be fitted to the earlier models.
The diagram shows the later tank.