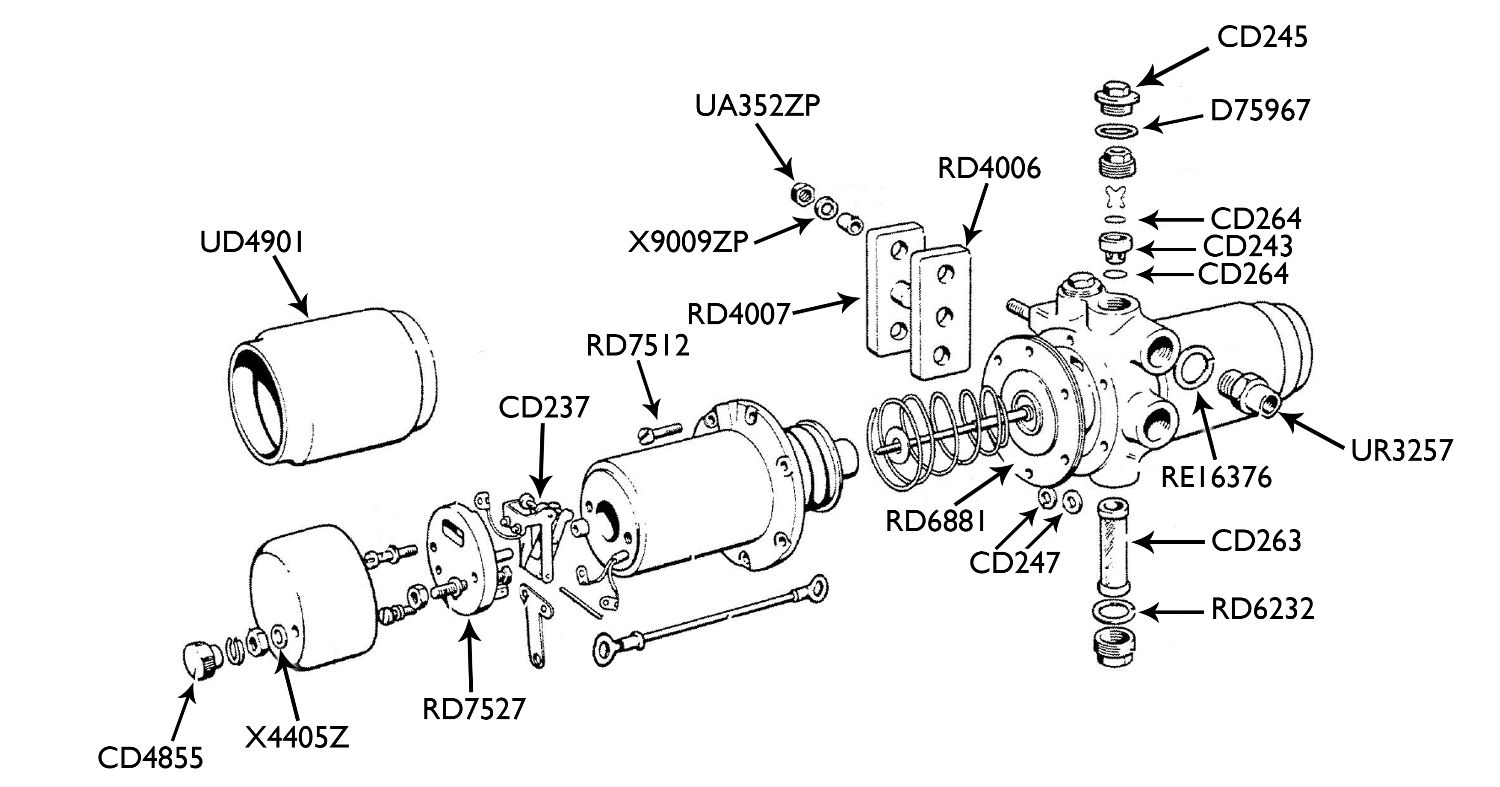 The parts listed below relate to the early fuel pump as fitted to all MkVI, R Type and Silver Dawn models, as well as the early Silver Cloud II (before SAE10) and S2 (before B28DW) models. This pump was listed originally as DB1935 and later as UD1327.
View as Grid List